This incredible flight passes the Portsmouth Spinnaker Tower, over the Solent stopping for a bite of lunch on the Island. Afterwards, a flight along the coastline to the Needles and homeward bound via the New Forest.

Situated between the Solent and the English Channel, the Isle of Wight covers an area of 150 sq mi, with over half of it being designated an area of outstanding natural beauty, often being quoted as “England in miniature”. 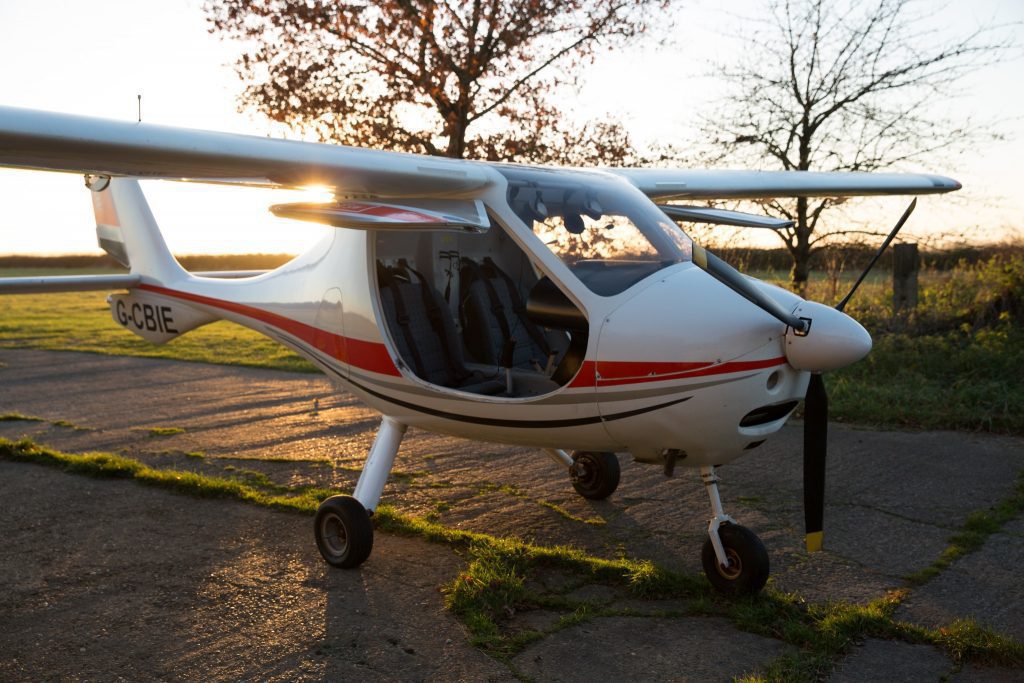 The day starts with an aircraft briefing, safety procedures and a rough plan of the route being taken.  After a few photos with the plane it time to climb in, take off and climb out towards the south coast.  With Didcot power station visible in the distance  and all checks complete, we start our trip down south, via landmarks (“Waypoints”) such as Newbury Racecourse,Greenham Common,Popham airfield, HighClere castle (Downton Abbey),  Kingsclere Mast, and into the proximity of Southampton Airport.  After a quick listen to the radio chatter of aircraft transiting Portsmouth airport we head towards Portsmouth and the solent. 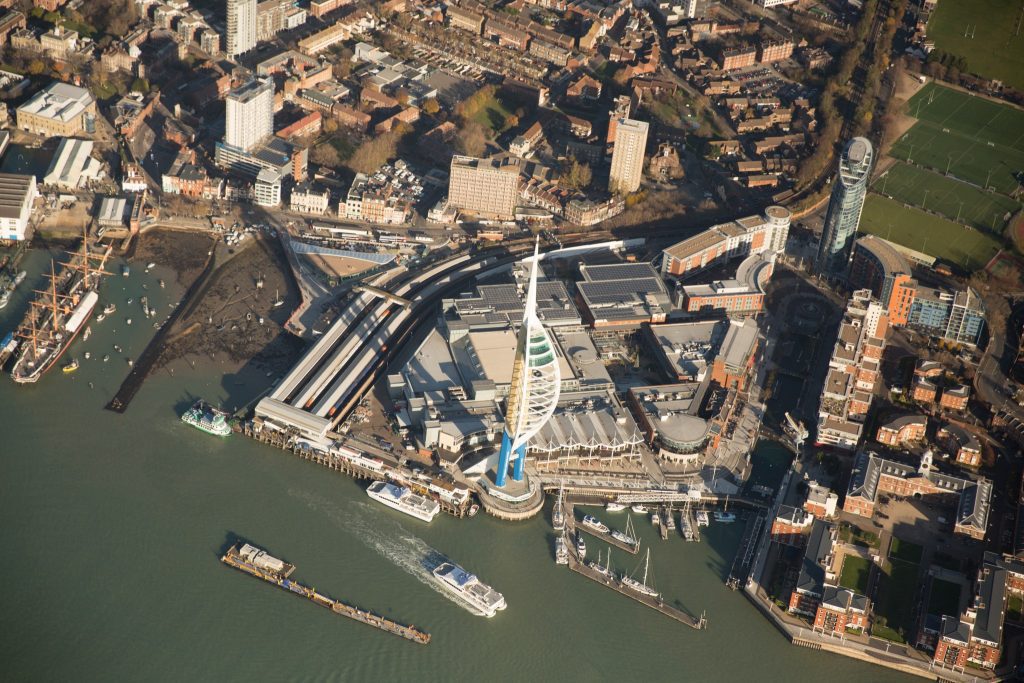 On the entrance to to solent sits the spectacular Spinaker tower.  Visible up to 23 miles away; it dramatically overlooks the Portsmouth harbour, Gunwharf Quays, Portsmouth Historic Dockyard, City centre and all of Portsmouth and its neighbouring towns and suburbs.Weighing in at 30,000 tonnes, the 115 metre high tower has 570 steps from the base up to the viewing deck and can flex up to 150mm in any direction.
Next stop in our trip is our destination, the beautiful Sandown or Bembridge Airfield.  Both are spectacularly set on the Isle of Wight, with friendly and professional ground staff who will aid in our landing and turnaround, as well as providing advice on the best places to grab a spot of lunch.

Heading home, we climb out toward the coast, tracking along the huge white cliffs,  Being airborne really gives you a sense of scale against these natural wonders,  which are finished off with the iconic Needles and lighthouse. 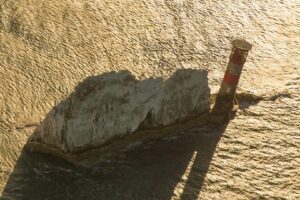 The lighthouse situated on the Needles replaced a light tower on top of a cliff overhanging Scratchell’s Bay, which was first lit on 29 September 1786. Its height of 144m above sea level meant it was often obscured by fog and sea mists.

In 1987 a helipad was added to the top of the lighthouse, and it became fully automated when the last keepers left on 8 December 1994. After a few photos its time to jump back over the water to the mainland again, past southampton airports airspace and back home.