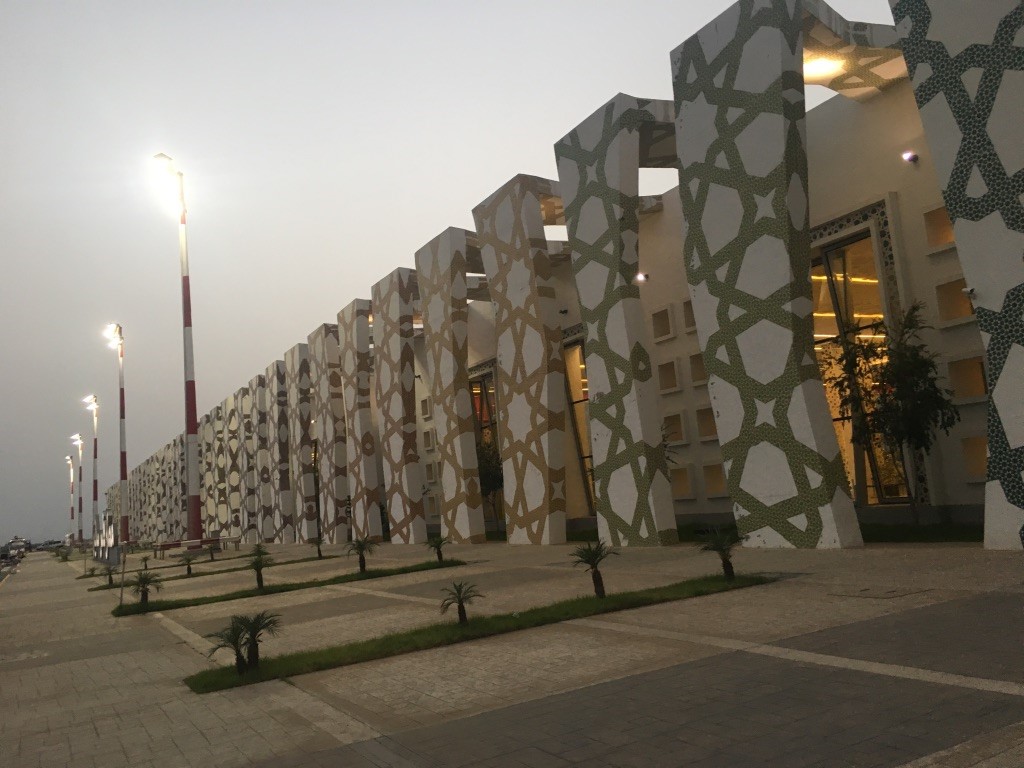 One of the most adventurous and epic trips we have ever undertaken.

In July 2018 we took Delta Whisky in search of some amazing sights and adventures and headed south to Morocco. While the UK was in the midst of a record-breaking heatwave, we decided to discover what it’s like to fly in a county where 35 degrees the norm!

Following one of the best flying summers on record with a frantic few weeks of helping students complete their licenses, it was time take a well-earned break. Morocco was in our sights, for no real reason other than we knew nothing about the place.

24 hours was put aside to eat, sleep and drink with our CTSW “Delta Whisky”, while every nut and bolt got scrutinized, missing pens recovered from under the seats and snacks smuggled aboard. When the time came we departed Oxfordshire and headed south making a straight line to Jersey for an uplift of duty-free fuel and a night stop in a traditionally British seaside B&B. This was to be our last farewell to UK hospitality which feels strange considering we were just a few miles from French shores.

After a hearty Full English Breakfast, we readied the CT and departed for Pamplona in Spain. A couple of major obstacles lay between us and Pamplona, predictably the Pyrenees but harder to predict was a line of weather stretching hundreds of miles and giving rise to some thunderstorms. The first few hundred miles past without incident however switching between various weather apps it became evident our luck was running out with an unbroken line of weather moving in front and to the side of us as we tracked southbound along the coast. As we explored our options and discussed alternatives our hand was forced as towering cumulous clouds transformed right before our eyes and matured in thunderstorms within a matter of minutes.

Cornered, we bought some time by heading out to sea while we steadily climbed to 9000’ in an attempt to stay above the cloud tops. Meanwhile Pamplona was reporting 22 degrees with showers and rain, quite a contrast to parched Britain that was basking in the heatwave back home! Although we were making good time, as we began to leave the thunderstorms behind we were still in the unenviable position of flying over the Pyrenees with the just occasional glimpses of the mountains that lay in wait below, should our little engine decide to take a break. After what felt like a lifetime we spotted the city and a special clearance from the controller gave us all the excuses we needed to perform a rapid decent through the showers, emerging in the circuit and greeted by runway lights and a friendly stretch of Spanish tarmac.

Taxiing off the runway we breathed a slightly premature sigh of relief as seconds later the tire blew leaving us to unceremoniously taxi the aircraft while one of us lifted the wing to take the weight off the wheel. Barely 24 hours in to our adventure we were grounded and in need of parts! An inspection revealed that both the innertube and tyre had been damaged. 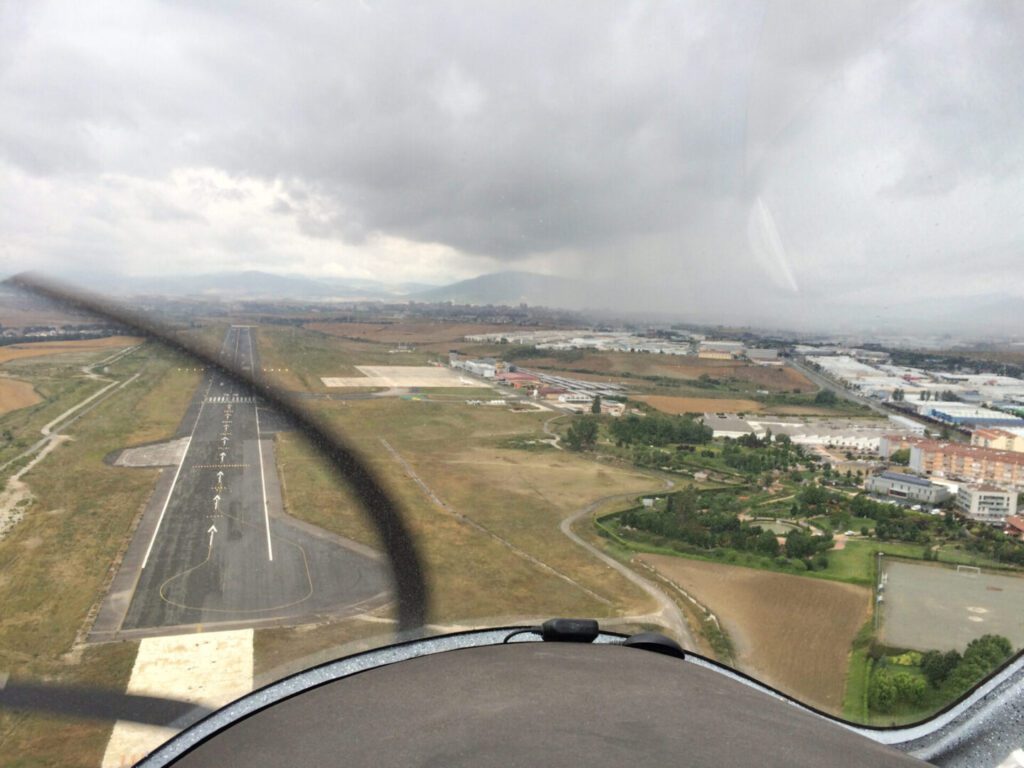 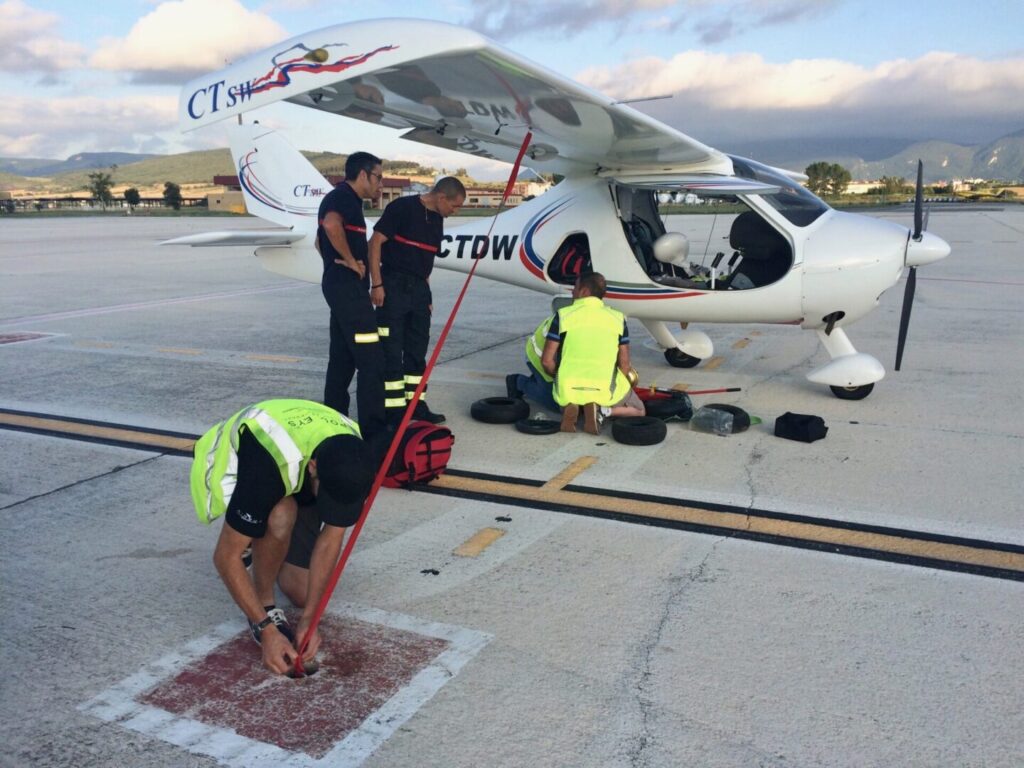 While queuing in line with passengers disembarking from the latest arrival, still dressed in shorts and lifejackets, we caught the attention of a local lady and her husband. Fortunately, she was English speaking.

Over the next few hours we were in receipt of overwhelming kindness as the couple rallied to our aid and hooked us up with the chief flying instructor at the local microlight school who dutifully came to our rescue. Complete with security clearances and a bag of tyres we strutted triumphantly on to the tarmac and quite remarkably forced a 5” tyre on to a 6” rim while the sun began to set.  After a hefty kick to the wheel the aircraft was given the all clear for a twenty-minute ferry flight to the Microlight field. 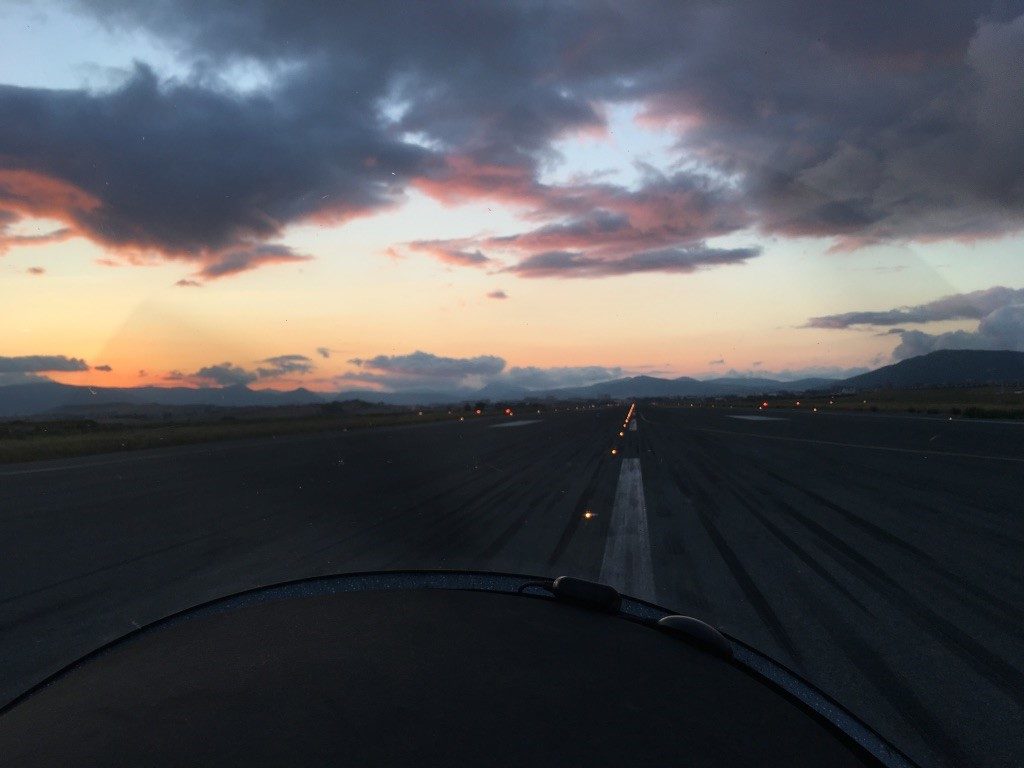 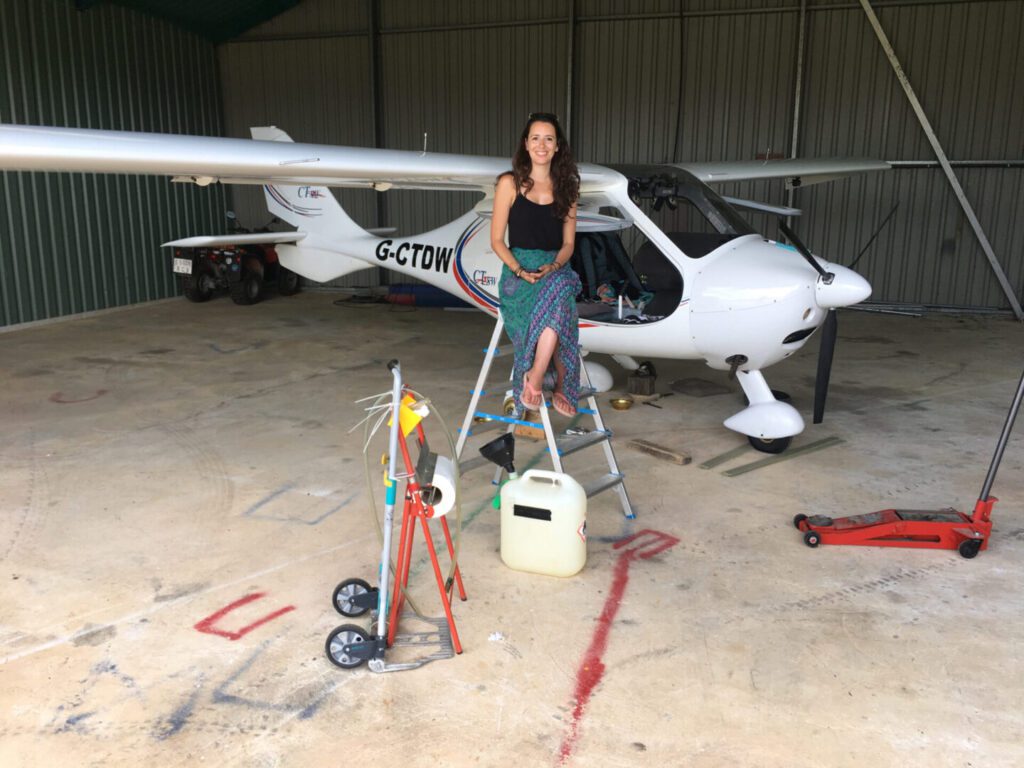 After a long day we were now ready get booked in to the local hotel, fed, watered and await a replacement tyre. For the next 48 hours we were treated like royalty, we had hangarage, the use of a car and even headed back to Pamplona to celebrate Lauren’s birthday in true Spanish style with the couple we met at the airport. We awoke to a text from the airfield owner to say our tyre had arrived. We put aside the temptation to stay and headed for Jerez in the south of Spain.

At this point it is worth mentioning that the Spanish regard microlights as being low performance aircraft with unruly pilots incapable of flying in controlled airspace alongside commercial traffic. Although this may be the case for some, we felt it was a little unfair in our instance and on departure we were advised not to mention the fact we were a microlight, or else face the prospect of having our flight plan unexpectedly cancelled and airport entry refused. This turned out to be very good advice, as on landing at Jerez we refueled and faced some rather personal questions about our combined weight. After winning over the administration staff with a hearts and minds offensive we enlisted their help as we tried to gain entry to Morocco. Once again daylight was starting to fade but following a few failed attempts we finally had a flight plan and route accepted. It came with a stern warning not to overfly Tangier, or any connecting roads for that matter, since the king was conducting a royal visit.

A slightly concerning footnote that more than 12 hours’ notice was required and no ultralight aircraft.  Thankfully we had plenty of evidence to prove… erherm.. we were a Microlight, not a ULM! 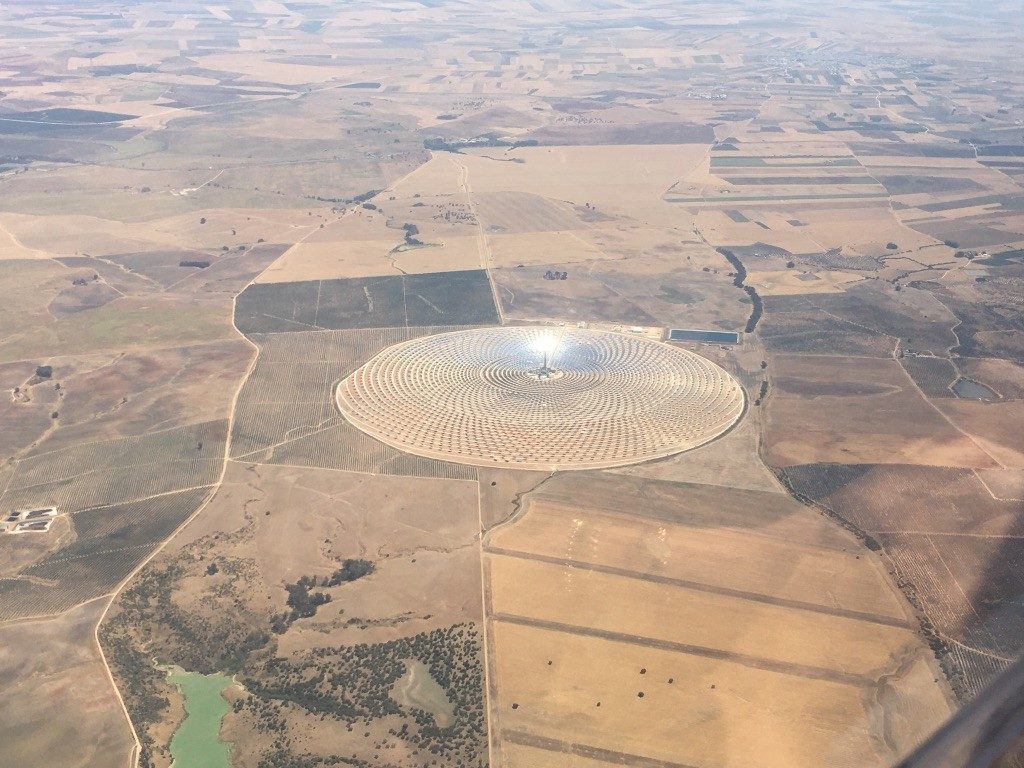 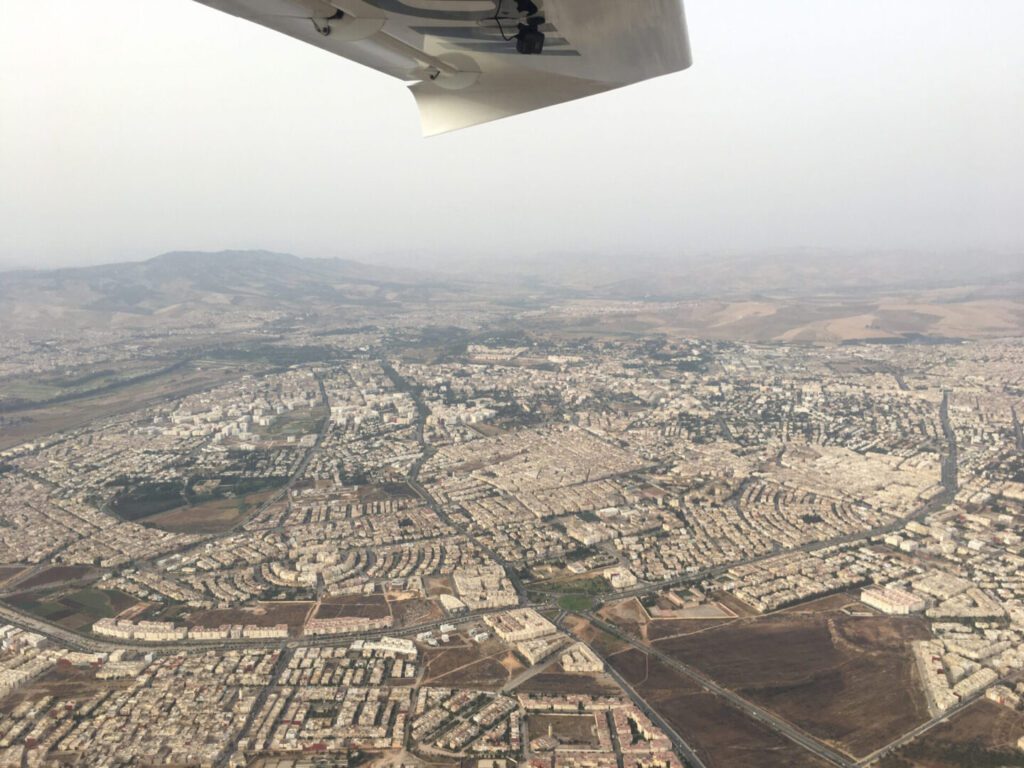 Even from a few thousand feet as the scenery changed from Spain to Africa it was evident we were no longer in Europe, and heading in to the expected. On arrival at Fez we pushed in front of an approaching Ryanair flight on the condition we reported our position almost by the second, later we learned to our surprise, they had no radar and relied solely on position reports to manage the arrivals. 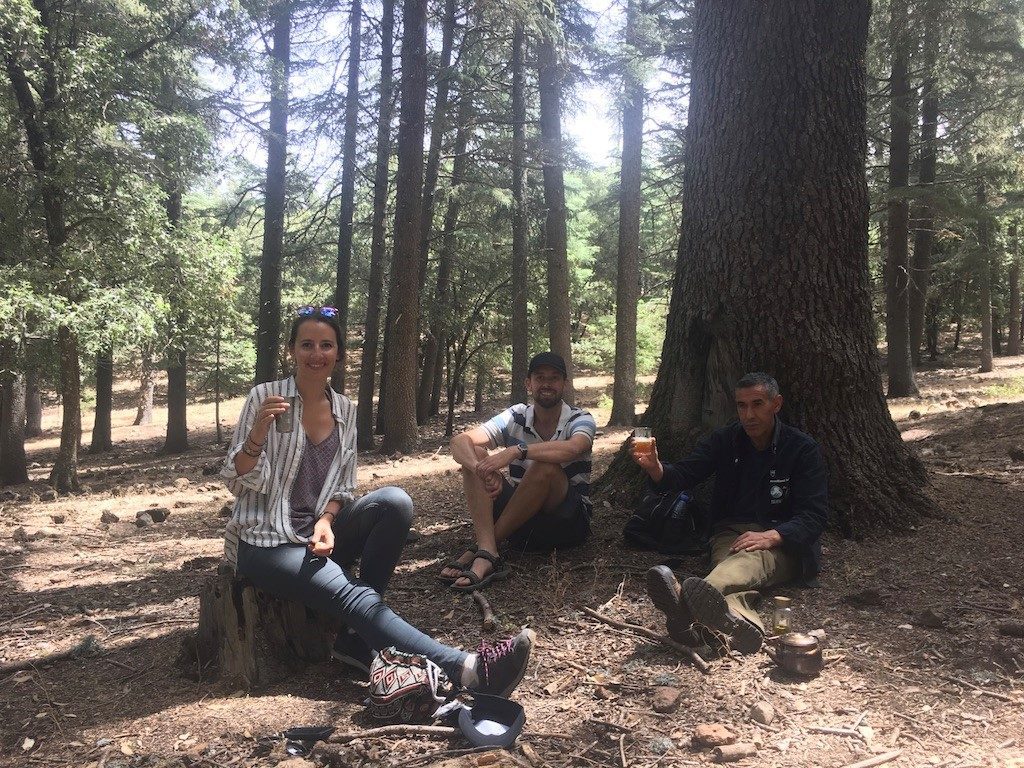 After lots of passport checking, document inspections and questioning we were unceremoniously ejected into Morocco to fend for ourselves. It was now midnight and after bumping in to the president of the local (and quite possibly only) Moroccan flying club in a café, he arranged a hire car, a hotel room and gave us a lift in to the city for a well-earned poolside dinner.The next few days were spent travelling around and gorging ourselves on the rich and exciting Moroccan culture and hospitality while enjoying breathtaking scenery and long mountain walks.

Waking early on the morning of departure the nagging worry that we had used all our good fortune credits evolved in to concerns about the reentry to Spanish controlled airspace. A flight plan was filed and fingers crossed… then the news we dreaded, the flight plan had been rejected on the grounds they suspected we were in fact an Ultralight. A few more attempts, a couple of phone calls and still they didn’t budge, NO ULM AIRCRAFT was the response. It was time to come clean and I wrote a simple email to operations explaining that although we are  a little on the light side we could outperform many of the aircraft found in the circuit and if they could make just one exception we would be eternally grateful. 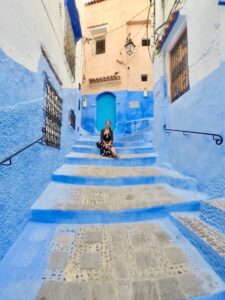 After a tense half hour, we got a simple response… your slot is APPROVED.

Without delay we filed our flight plan and raced to the airport. The rest of the day was spent watching the clock as we stretched the range and capability of the CT to the max, ensuring that we made just the one landing on Spanish tarmac before heading back over the Pyrenees. With the sun setting in the mountains, we made an uneventful arrival to a friendly Mediterranean microlight airfield, just outside the city of Perpignan.

After 24 hours of acclimatisation to the European lifestyle (and prices) we headed back to Blighty via Granville. We were greeted by big black clouds giving rise to heavy showers and thunderstorms. We all but made it home except for the last few miles when we made a diversion to a farm strip while we waited for a thunderstorm to pass over our airfield. With one last push we made it home, shoved the plane in the hanger and went home to surprise the dog with the news that we hadn’t left for good!